On compassion and conflicting allegiances

In the end, I decided to tell the florist just that I needed two sympathy bouquets.

Yeah, it was that kind of day.

On Saturday afternoon, we returned home to find an answering machine message alerting us to news concerning a woman with whom with have a business relationship built on tremendous respect and trust; let's call her Deevyah. The voice on the machine--one of Deevyah's daughters-in-law--told us that one of Deevyah's sons--let's call him Niraj--had just been convicted of sexual assault, that there would be an article coming out in the paper the next day, that the details would be gory, and that the family believes Niraj to be innocent of all charges.

I immediately ran to the computer and searched for news of sexual assault cases in the region. Bingo: a local paper had published verbatim the district attorney's press release about the case. The details were gory: Niraj had been convicted of more than 75 felony counts, a combination of sexual assault of a minor, rape, and dissuading a witness--all against his adopted daughter, a distant relative that his American-born wife had sponsored as a visitor to the U.S.

Let me pause here to say that Deevyah is one of the most compassionate and open-hearted people I have ever met. So reading this news was heartbreaking--I knew it would be very, very hard on Deevyah.

We stopped by Deevyah's this morning, as we usually do, and chatted with "Sarah," her white American daughter-in-law (who was until recently married to one of Deevyah's other sons) who had come into town to talk with Deevyah's customers on behalf of the family. Deevyah wandered out, looking as if she had been hit by a truck and not wanting to talk with anyone. Apparently her husband hadn't spoken with anyone since last Thursday, when the verdict was announced and Niraj was taken into custody (he had been out on bail for the few years it took the case to come to trial). It was a huge shock for the family, which had been planning to celebrate a "not guilty" verdict with a big feast.

1) The young woman, now age 26, who accused Niraj of assault is a cousin of Priya, Deevyah's assistant manager.

2) Priya doesn't believe her cousin's accusations. Priya is in a bind, caught between her allegiances to her employer Deevyah, to whom she is distantly related, and her family. But her loyalty is clearly to Deevyah and Niraj. She, too, was a zombie this morning, expressing her opinion that her cousin had brought deep shame to Deevyah's family here and in their native country.

3) Some of the evidence, most notably a recorded phone call between Niraj and his adopted daughter, was partly in Niraj's and the daughter's native tongue. Apparently this call was where Niraj implicated himself. Only one translation of this call was entered into evidence, and Deevyah's family believes the call was poorly translated, leaving open, for example, whether Niraj was saying things like "you f**cked me after age 18" or "you've screwed me over since you turned 18."

4) Regardless of what happened between Niraj and her, the daughter has gone through hell, too. Apparently at one time she went back to her home country, where she was detained (imprisoned?) for two years because one of Niraj's relatives contested the truthfulness of some information on her passport. So that sucks.

5) The daughter was the first girl in the family to be brought to the U.S. via such sponsorship--traditionally boys were the favored sex. This could indicate that Niraj and his wife are progressive, that he's a predator, or neither of these.

6) Niraj wanted his daughter to adhere to all the virtues expected of women in their native country, and particularly he wanted her to preserve her virginity. Alas, he enrolled her at an American high school and college. She was raised in a village without running water, in extreme poverty, so she very much appreciated all the freedom and resources available to her in the U.S., and apparently she took advantage of these opportunities, for good and ill.

7) According to the family, the accusations started when the daughter was nearly flunking out of college, at which point Niraj pulled his funding of her education and said she needed to return to her native country.

Do you see where I'm conflicted? The feminist (and pragmatist) in me naturally wants to side with the accusing woman. The part of me who sees Deevyah as a trusted adviser wants desperately to believe Deevyah's family's faith in Niraj isn't misplaced. I've never met Niraj, but I will say his 15-month-old son is adorable, and the family tells me his wife is pregnant.

The cultural studies Ph.D. in me (the one with a designated emphasis in feminist theory) wants to hole up in the courthouse archives, dissecting the evidence in light of cultural and gendered mores and cross-cultural misunderstandings.

I met a friend for lunch in one of the five Thai restaurants in our modest downtown. The heat on our walk was nearing unbearable, but I barely noticed it as we walked from campus to the edge of downtown, ensconced as I was in sharing all the details I had gleaned from the newspaper web site, Priya, Deevyah, Sarah, and the comments online from jurors who had served in the case as well as from Niraj's defenders.

My friend had just come from teaching her women's studies course, in which they had been discussing the interplay of patriarchy, cultural difference, misogyny, victimhood, and justice. Clearly the young woman's story follows a classic narrative of a naïve young immigrant woman preyed upon once she arrives in the U.S., and we discussed the plausibility, nay likelihood, of this scenario. In part because she's my friend and wanted to make me feel OK with my confusion, and in part because she was genuinely confused as well, she admitted she was flummoxed, not only in terms of which evidence seemed most convincing or damning, but also in terms of what disciplinary, theoretical, and cultural filters might help us best understand what the hell is going on.

In the afternoon, I dropped by Deevyah's again with two bouquets of flowers, one for her and one for Priya, along with cards saying I hope they find peace in this difficult time--and included an additional reminder that Priya shouldn't be too hard on herself just because she's related to the accuser/victim.

Priya thanked me for the bouquet and wandered into the back of the shop to retrieve Deevyah, who gingerly stepped out into the light, looking as if she had aged 15 years over the weekend. She could barely speak, but she said--half asking me, half telling me--that she wanted to offer the flowers up to the gods. (Deevyah, who is Hindu, knows that I'm not a believer, but is always inviting me--which I understand is a big honor--to meet her spiritual leader when she hosts him in her home twice a year. The most recent invitation came on Wednesday, the day before the verdict was read. With hindsight, I wish I had been able to attend this time.)

I said of course she should offer them to the gods. 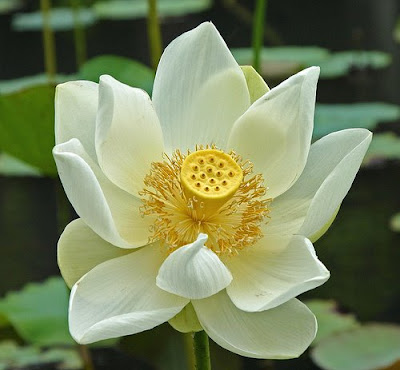 My prayers, or rather the deep, troubling thoughts that pass for prayers, are with Deevyah and her family tonight.

wow that is a very complex situation, and your confusion makes sense. i think the flowers and your support must mean a lot to these women. sorry this is so hard...

Wow, just wow, on so many levels. But thank you, thank you, for being so thoughtful as to contact these people, go and see them and bring them flowers. Acknowledgment, even of the truly horrible and confusing, is so very important and you have done that which is deeply human.