I'm really struggling with giving up the dog. 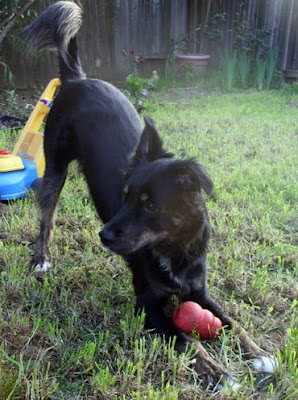 My motives for wanting to keep the dog are almost entirely selfish and self-centered:

Obi is my dog. He's the first dog that someone (in this case Fang, who was fed up with Obi at the moment) declared to be entirely mine. I've always wanted a dog of my own--I've always come into situations where someone else is responsible for the dog--yet Fang has already said that the next dog will be Lucas's as the boy and the dog will grow up together.

I'm the one who failed Obi. I took him to obedience classes--where, as I said, even the trainer had difficulty controlling him--but I didn't follow through sufficiently. Had I been better about providing Obi with structured outlets for his energy and with more vigorous exercise, his psychological quirks might not have manifested themselves so readily.

I'm having a hard time, too, forgiving the people who brought Obi's aggression to our attention. He bit a friend when we first brought him home because he smelled her dog on her, and while I found that disturbing, I dismissed it when he didn't try to bite again for a year and a half. It's the more recent incidents--the woman whose glove he clamped down when she reached out to pet him when he was under a dog sitter's care; the stranger at whom Obi lunged and air snapped when he reached out to pet him while Fang was walking him; the neighbor whose dog bit Fang, leaving her scent on his hand and prompting Obi, too, to bite Fang. If these incidents hadn't occurred, we wouldn't be parting with the dog now. Intellectually, I know these are signs we must heed, and that the people aren't at fault, that Obi is and ultimately we are responsible for his behavior. But I still resent the intrusions of these well-meaning folks into Obi's narrative.

I love this dog, liabilities and all. Just as Woody was Fang's emotional barometer, Obi has come to be mine, coming to comfort and cuddle with me when I'm down or approaching me playfully when I'm in a good mood or if I seem bored.

I don't want to put Fang in the position of having to pry the dog from my arms at 2 p.m. Saturday, when we're scheduled to return Obi to the SPCA for another round of fostering and then, I hope, adoption to another home. But it's going to be incredibly difficult to let his fur slip from my fingers even though I know intellectually it's the right thing to do.

I've been in and out of tears all week, many of them shed directly into Obi's fur. So many what-ifs. So many missed opportunities. Such an uncertain future. A dog's hard-earned trust betrayed. So much love lost. 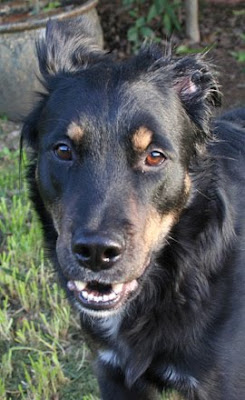 Oh, I'm so sorry. I can't imagine how hard it's going to be. I hope that Obi finds a good home and that you find a dog that fits your family--somewhere down the road.

I am so sorry. I wish I could take him, but we have not moved into a house yet. :(

I'm sorry, sweetie. We had a dog like that once, and I felt terrible, and sad. Giving him up (well, in our case it had to be putting him down) was the best decision under the circumstances, but it was still very hard.

I just read the original post on Obi and now this. I'm so sorry.

I wish you peace.