Some scenes from our first several days in Boise, as seen through my iPhone. . . (A bit prosaic, but I know family will appreciate the Lucas photos.)

Our first full day in Boise, we saw this sign downtown. (I thought the tiny red shoes on the doorstep were a nice touch.) Welcome to Idaho! 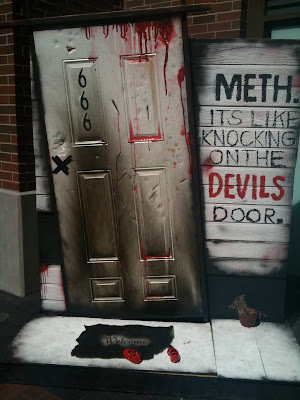 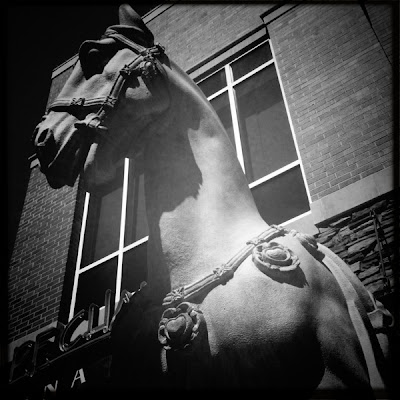 Boise has irrigation canals running all over town. This one--being explored by my dad and Lucas--ran behind the motel where we stayed until the movers showed up with our stuff. 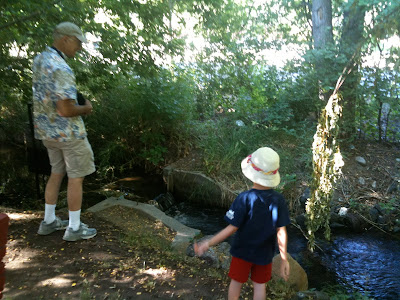 This statue of Lincoln--sculpted by Idaho native Gutzon Borglum--was recently installed in a Boise park. The local media bragged that it is "the third largest seated Lincoln statue in the world." Go Boise! ;) Fang has recently developed a fascination for all things Lincoln--he just finished reading a book on Lincoln's use of the telegraph--and I suspect he's brewing another novel, this time with Lincoln as a central character. 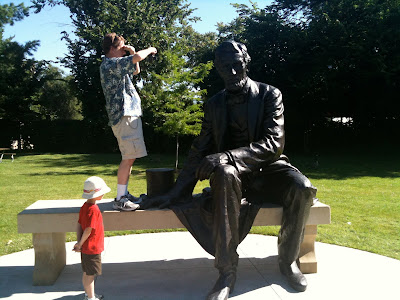 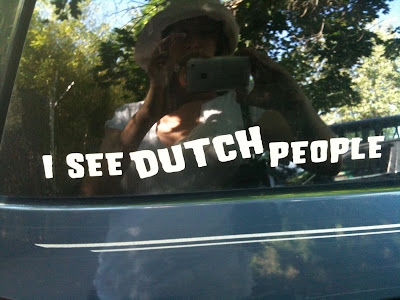 Boise is very, very, very white. Like more than 90 percent white. I very much feel my whiteness here in a way I haven't since I lived in Iowa. It feels like an itch that won't go away.

The Boise Zoo is kind of old school, but it did have one of those tiger windows that I've seen at many larger zoos. 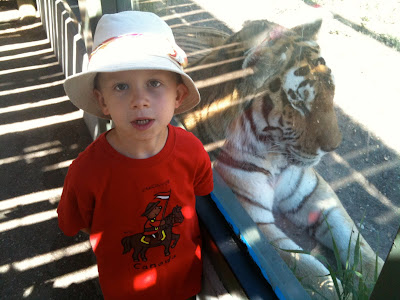 Lucas has discovered boxes in a big way. He keeps packing himself up. Here he is in the box for our new push mower: 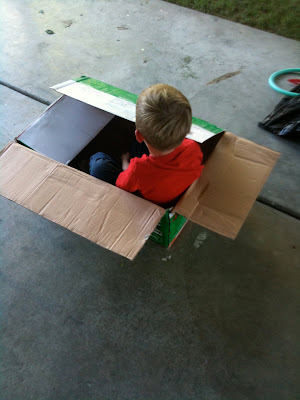 I haven't explored much of the city yet, but Boise apparently has a ton of nature parks, including this one not far from downtown: 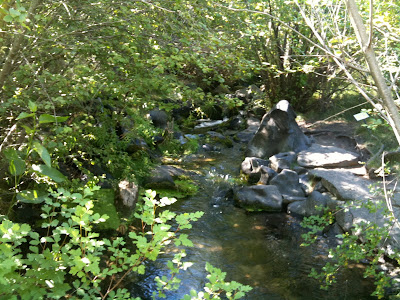 Next to the parking lot Lucas and I spotted twin fawns! Their mama was on the other side of the parking lot: 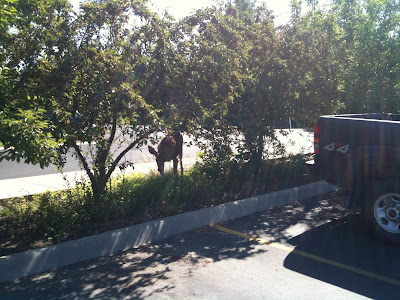 I haven't seen urban deer since I lived in Iowa City, so I enjoyed the sighting.

We have urban deer here in CT for sure. Everywhere... Boise seems like a nice town.

There's an entire book about Lincoln's use of the telegraph??

I can't believe you're in Boise! It seems so unreal--and I'm not even there. :)

Still, it looks like a nice place. We have to drive to get to nature parks. Good luck settling in.

Glad you are enjoying your new surroundings. I'll have to find the Lincoln book,Sydney is a big Lincoln fan!

Lucas in the box reminds me of the Woody Guthrie song, "I'm Gonna' Mail Myself to You". This isn't the greatest rendition, but think of Lucas and you'll get the idea! http://www.youtube.com/watch?v=f3lG-3K_OTA&feature=related