I wrote a month and a half ago about how I've been turning the ship of my life to a new heading, about how weighted down I feel and how it's going to take a long time to make the next turn.

As excited as I am about starting the new job and all the life changes that will accompany it, and as deliberate as I'm trying to be in the changes I'm making, the universe keeps throwing spanners into the works. First we gave up the dog. Then last week I dealt with some workplace drama that I shouldn't write about here, but that only made the move from my office to the cube farm all the worse and made several aspects of my job less attractive than they've ever been and heightened the feelings of--and this is the first time I've put a word on them--betrayal (by the institution, by individuals) I've been feeling all along about the move and other recent changes to the teaching center.

Add to this the necessity of finishing up some projects at work, of saying goodbye to people and places that mean a lot to me, and the thousand little things that need to be done before one moves and changes employers--health insurance worries, doctors' visits, finding and renting a new place, setting up utilities, arranging the move, finding a new preschool, courses to plan (books to order by Thursday!), and so much more--and I'm feeling pretty overwhelmed.

I've been looking at this time of transition as an opportunity to declutter--physically, emotionally, and mentally--but I'm thinking a better metaphor is detoxing. Decluttering is about shedding stuff--which I'm ready to do, but which is hard--while detoxing is about taking in good stuff (fruits and veggies, literal and metaphorical) and exercising (physically and mentally) to clear out all the built-up toxins. 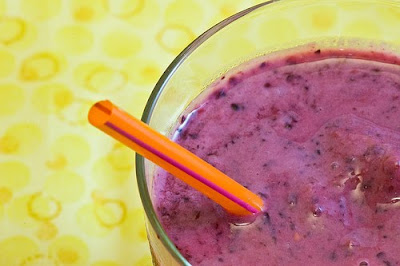 Photo by Terri Swallow, and used under a Creative Commons license
It's easier, in other words, for me to think about moving on to good stuff than it is to think about ridding myself of stuff that isn't right for me. Most visible case in point: Jacob (the new puppy) vs. Obi (the unpredictable dog). I still cry when I think of how much I miss Obi, but when I focus on acclimating Jacob into our lives, I'm much more positive.

I suppose this should have been obvious to me all along, but no. I need to keep myself future-focused as a way of detoxing from all the stuff and stucknesses and monsters I'm ready to leave behind me.
Posted by Leslie M-B at 9:21 PM

Labels: In touch with my inner hippie, Reasons to jump ship, Whining Exhortation and Angst

I hear you, I totally do. Looking into the future and the good things that will come does help. If we think about all the little things that need to be done before we can relocate, it's just maddening, isn't it? Right now I'm concentrating hard on staging the house, taking one day at a time, hoping it sells soon. Then, I'll take the next steps. I definitely like detoxing better than decluttering (I'm VERY bad at the latter :-( ).

Peeling off the layers of stuff - inner and outer - can be excruciating but there's always healthy pink stuff underneath. As for the tasks prior to moving, there's just no sugarcoating that can help: It just sucks.

Moving sucks. A big move like you are making really sucks. I love the detox metaphor. I'm actually doing a detox diet. All fresh, raw fruits and vegetables for three weeks (with some supplemental protein.) I don't really believe in detoxing, but I'm giving it a try since I went to a naturopath for health advice and this is what she recommended. Detoxing implies that there are built up toxins inside your body and it doesn't know how to take care of things. I like to think my body is competent and self cleaning. If only my house was self cleaning.