When I feel overwhelmed with work--and I definitely am overcommitted right now with responsibilities--it's easy to feel depressed. But sometimes, late at night, when the morning's antidepressant has worn off, I can get downright weepy with slight provocation.

Tonight's weepfest is brought to me by Pete Seeger's latest album, At 89, and more specifically the song "Little Fat Baby." Here are the lyrics:

Someday, we will be saying so long
Someday, it'll be time for me to move on
No more discussions over a glass of beer
No more generation gaps appear
And then, oh then, oh then, oh then
You'll wish you had your dear sweet papa
In your arms again

If you're a parent, I challenge you to download the song from iTunes and not weep. 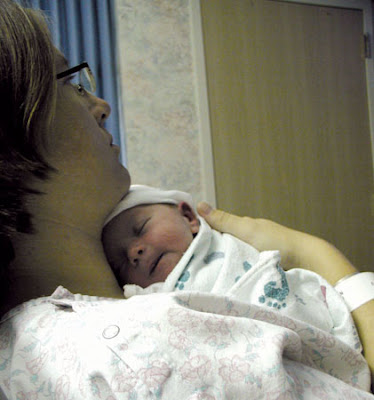 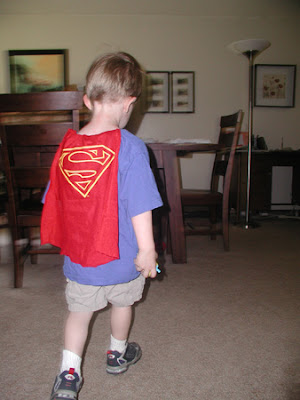 Labels: In touch with my inner hippie, Mamablogging, Whining Exhortation and Angst

I've voted. Have you?

Fang's absentee ballot is sitting on the table, mostly filled out. He always gets after me to get stuff done, so. . .

This post is the second in a series. Be sure to check out Part I for more explanation.

After September 11, there was much ado in the media about people not wanting to be out and about in public places and the resulting trend of "nesting" in one's home by outfitting it with greater personal comforts. For many of us, one of these comforts was high-speed internet access, and with our faster browsing speeds, we discovered ever-greater numbers of virtual communities to which we might belong. One danger of this retreat to the Internet is the further withdrawal of individuals from their geographic, place-based communities. Through the establishment of her Centers for Community Digital Exploration (CCDE), Barbara Ganley seeks to use online social media to reinvigorate connections among people in their local communities.

One liability of this project is that it might be tempting to take the simpler route of establishing centers in communities according to a general blueprint, almost on a franchise model, where any outsider trained in the protocols of the CCDE's operations and mission could go into a community, set up camp, and get the ball rolling. In reality, however, every community is different--in terms of cultural diversity, socioeconomic class, and even Internet access--so there is a danger similar to that faced by Glenn Wharton in his restoration of the statue of Kamehameha in the king's hometown and by countless ethnographers: outsiders come in, stir up resentment because they don't understand the community, and then the social experiment fails.

Barbara's approach is different. Already she is negotiating a contract with a foundation interested in community planning. Barbara wants to persuade community members in four geographically diverse, small rural towns to tell stories both face to face and using various digital media. Through talking with them about the stories and through the sharing of these stories throughout the community--and perhaps through the establishment of CCDEs in each community--Barbara will help communities identify their core values and their specific desires for features of their communities. She will, in short, be turning story into action, which is, after all, the goal of so many contemporary museum exhibitions (and particularly science exhibitions that promote better living through, say, the embrace of local foodways, a reduced carbon footprint, or conscientious attention to and eradication of invasive plant species).

There's a lot museums can learn, I think, from Barbara's own conscientiousness about community, from her contemplative slow blogging, and from her fierce independence from models of educational practice that are less than democratic, that constrain individuals and communities, and that always privilege critical over creative thinking.
Posted by Leslie M-B at 12:01 AM No comments:

Labels: Grist for the cultural studies mill, Sometimes I teach

Confluence, Context, and Community (Part I)

This past week I experienced one of those wonderful confluences of thought and experience that make me thankful for my tendency to snatch up whatever interesting opportunity that comes along, no matter how overcommitted I already may be. I spent Thursday evening through Saturday afternoon visiting my friend and colleague Barbara Ganley in Vermont, where I was joined by Barbara Sawhill and Laura Blankenship. BG just finished up 19 years teaching writing and literature at Middlebury College, but she's starting a new endeavor: the Centers for Community Digital Expression, and she wanted to bounce some ideas off of us. I spent the weekend gorging myself on Vermont artisanal cheeses, excellent bread (one especially delicious loaf handmade and delivered by Bryan Alexander), and salad greens plucked from Barbara's garden. In short: Good food, excellent company, and terrific conversation. These women inspire me.

On Sunday and Monday, I participated in a colloquium at John F. Kennedy University in Berkeley, where I teach a museum studies course. What I heard at the colloquium resonated all the more because of my trip to Vermont. This is the first in a series of posts reflecting on the confluence of these two events.

Over the course of the two days of the JFKU colloquium, we were treated to three excellent talks, but my favorite was given by Glenn Wharton of NYU and MoMA, who recounted his efforts to restore the painted statue of King Kamehameha (PDF) in North Kohala, Hawaii. You can read many of the details of the project in the report at that link, and I encourage you to do so, as it's a model of community engagement. Wharton is white and an outsider to Hawaiian culture, but he earned the respect of the community by honoring their own processes instead of trying to impose his own.

Within his intriguing and sometimes humorous talk, Wharton's comments about the special privilege of the conservator really struck a chord with me--and by privilege, I mean disciplinary privilege, judiciously applied. Wharton pointed out that few contemporary anthropologists would have the opportunity (or, I think, the unmitigated chutzpah) to walk into a community and engage them in discussions about ethnicity and skin color--a necessary conversation, as the community needed to decide what color to paint the statue's skin. Nor could an anthropologist wander into a community, remove the eyes of a statue--which Wharton did as part of the conservation effort--and ask community members, "Hey, what do you think about that?"

As a Ph.D. in cultural studies, a disciple of material culture studies, and a fan of all things American studies, I'm fascinated by the various ways scholars of culture provoke--and more importantly, permissibly provoke--communities into talking about themselves. In the poorest of these cases, the community is left feeling impoverished for the experience and betrayed by the scholar. In the best of these situations, both outsider and community benefit--the scholar gets his or her data and paper or book, and the community has an opportunity to consider issues they might not have contemplated together prior to the outsider's arrival.
Posted by Leslie M-B at 11:28 PM 1 comment: