Lucas and I went on a bat walk (really more of a drive) in the Yolo causeway last night. Here's the freeway bridge that connects Davis to West Sacramento: 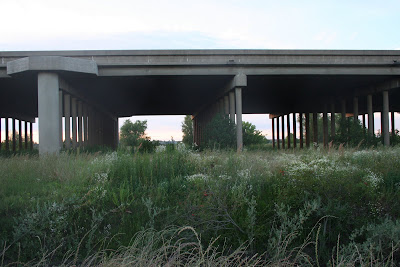 The bridge has expansion joints that are perfect urban bat habitat. Our guide told me there can be 50 bats squeeze into a linear foot of expansion joint. The bats are tiny, as we learned in our orientation session: 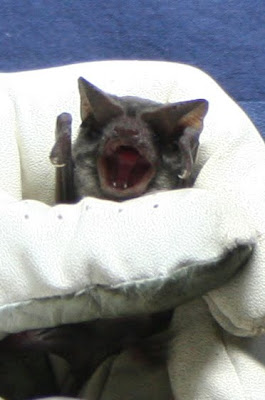 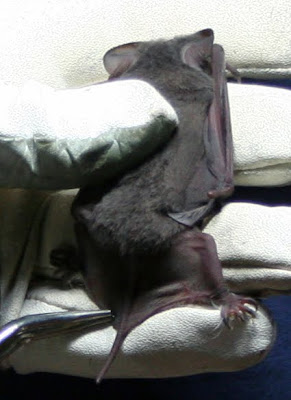 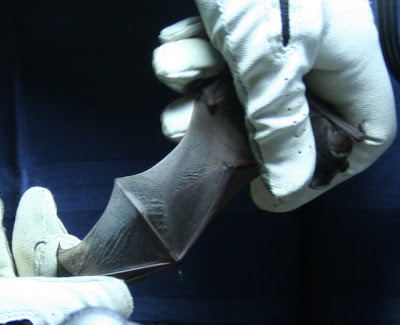 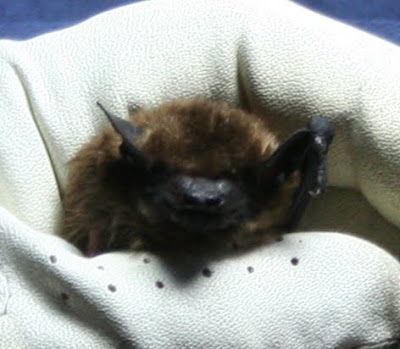 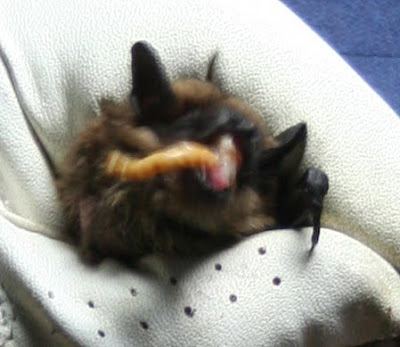 Above: Brown (very fuzzy) bat. The bats in these photos are captive because they have injured wings and aren't able to return to the wild. This particular brown bat has learned to love mealworms.

Just after sunset, the bats fly west from underneath the eastern end of the bridge, emerging to the south side of the bridge near this tree: 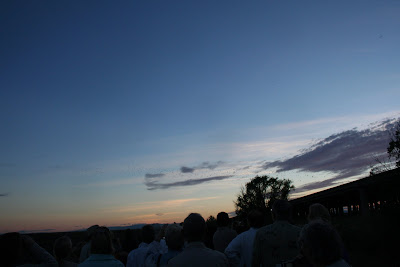 We saw three long ribbons of bats emerge, in waves about five minutes apart from one another. It was pretty spectacular. We're talking thousands and thousands of bats.

Definitely click to enlarge these sunset photos if you're into bats. 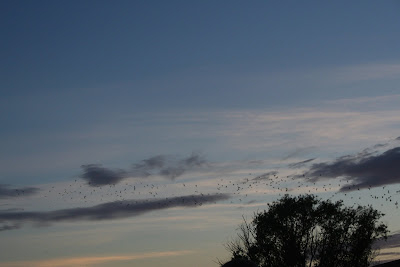 If you live in this area, definitely sign up to take the bat walk and talk with the Yolo Basin Foundation. But hurry--all the spots are almost filled.
Posted by Leslie M-B at 10:45 PM

Labels: What passes for science around here

I love bats. Thousands of them live in Austin, under the Congress Street bridge. Every night in the summer, they all peal out for the evening raid and everyone gathers to toast them off on their journey. Very cute.

I have seen bats that are less fuzzy and they are not as cute as that one. Once I helped to take care of a bat who had woken up early from hibernation. We kept him in a styrofoam cooler and tried to feed him mealworms, but he wasn't too interested.

We went to the Carlsbad Caverns back in 2003 and we stayed to view the bats exit the cave. Spectacular! (but very hard to photograph -- no flash was allowed and it was pretty dark. Your photo is much better than the ones we tried to take).