On (my) place(s) in the American West

There was a time when meadow, grove, and stream,
The earth, and every common sight,
To me did seem
Apparell'd in celestial light,
The glory and the freshness of a dream.

— Wordsworth, "Intimations of Immortality from Recollections of Early Childhood"
I.

Two clicks away from a Google search for "poems about Idaho," you'll find "Requiem for Idaho," a poem by Ron McFarland that begins

Out here, we don't talk about culture,
we think we are. We nurtured Ezra Pound
who ran from us like hell
and never came back. You
never came at all. You
will never know how clever
we never are out here.

Our mythology comes down to a logger
stirring his coffee with his thumb. 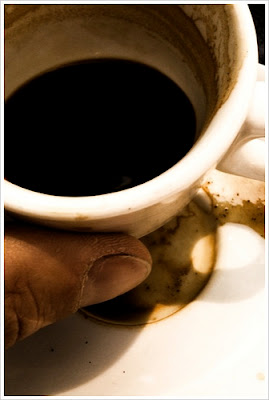 I have never really identified this way, but I suppose I am what people back East might call a Westerner. Aside from four months in Fredericksburg, Virginia and three months in Washington, D.C., I've lived all my life west of the Mississippi—four years in Iowa and the rest in California. 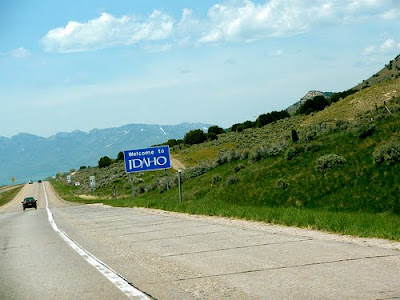 Welcome to Idaho by Scorpions and Centaurs
In reading guidebooks on Idaho, I'm beginning to realize I'm moving into what many consider the Real West, where it's not a good idea to be an interloper from California.

I am very much from California. Like five or six generations Californian. Even Fang, despite early inclinations to the contrary, has come to consider himself a Californian. 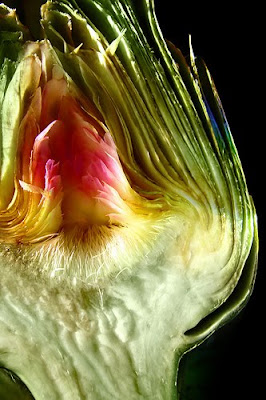 Artichoke by -sel
I have several favorite poems about California. Robinson Jeffers's "Carmel Point," Amy Clampitt's "John Donne in California," and Garrett Hongo's "Mendocino Rose" come immediately to mind. Clampitt so captures the essence of a California meal in her lines

There will be wine,
artichokes, and California
politics for dinner

that I'm already missing artichokes, even as I have several growing in my backyard garden at the moment. I'm wistful for the sommelier who haunts the wine aisle at my favorite supermarket. 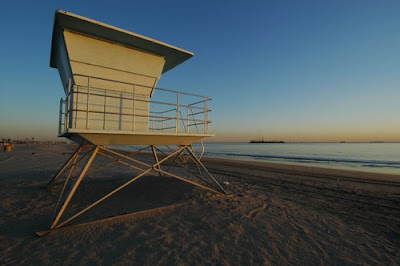 Long Beach lifeguard stand by Joshua Targownik
I've never been a big fan of Long Beach, where I was born and grew up. In All the King's Men, Robert Penn Warren calls Long Beach "the essence of California." Jack Burden, the narrator of the novel, spends a night in a hotel in Long Beach:

That was why I came to lie on a bed in a hotel in Long Beach, California, on the last coast amid the grandeurs of nature. For that is where you come, after you have crossed oceans and eaten stale biscuits while prisoned forty days and nights in a stormy-tossed rat-trap, after you have sweated in the greenery and heard the savage whoop, after you have built cabins and cities and bridged rivers, after you have laid with women and scattered children like millet seed in a high wind, after you have composed resonant documents, made noble speeches, and bathed your arms in blood to the elbows, after you have shaken with malaria in the marshes and in the icy wind across the high plains. That is where you come, to lie alone on a bed in a hotel room in Long Beach, California. Where I lay, while outside my window a neon sign flickered on and off to the time of my heart, systole and diastole, flushing and flushing again in the gray sea mist with a tint like blood.

I lay there, having drowned in West, my body having drifted down to lie there in the comforting, subliminal ooze on the sea floor of History.

The California I have known is polarized: first there is my parents' house--my family's block, really--in a 1920s suburb; avocado and orange trees in the backyards; the long, nearly waveless beach a few blocks from there; my old high school festooned with razor wire and, in my memory, the tension of the L.A. riots. And then there is the Sacramento Valley and Davis, where it's common to see chickens in the yards of 1970s tract homes, where when I walk Lucas to preschool I pass through a small vineyard, a tiny cherry orchard, and walk past redwood, fig, almond, and olive trees. Where black walnuts shade and litter the largest boulevard near us. Where there's more dust and yeast in the air than salt and brine. Where oleander seems a reasonable tree.

When I left Iowa, I wrote dozens of poems about how much I missed its fields, its oppressive unbroken sky.

I suspect when I leave here, I will finally write poems about California, which, despite my best attempts to the contrary, I have come to love. 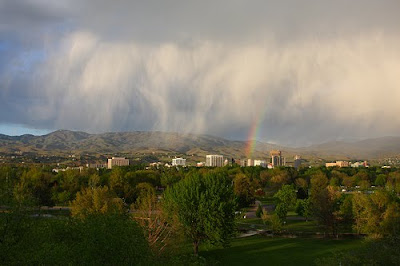 Rain over Boise by Nicholas D.
Even as I grow wistful about my life in California, I am optimistic about Idaho. I hear the whole state is lovely--I've only seen one city in it--and everyone I've met who lives in Boise is enthusiastic about it and is exceptionally nice. I'm going to learn the language of fast rivers rather than ocean and delta. I'll learn an entirely new history, one with familiar themes because my new place is, after all, in the West.

When state politics get in the way--as I know they will, as Idaho is one of the most conservative states socially and perhaps the most fiscally conservative--I need to put myself in mind of Wordsworth's meadow, grove, and stream apparelled in celestial light. I suspect I'll put my faith in the land, and I'm trying to get myself back into shape so that I can enjoy it on bike, foot, and horseback. 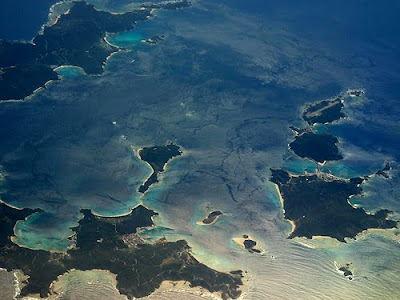 As I've muddled around over the past few months with what it means to teach history--or, more specifically, what it means for me, with my motley interdisciplinary background in literature and nature and culture, to teach history and practice history, and especially public and local history--I've been returning again and again to microhistories, to the usefulness of partiality and discontinuity and standpoint epistemologies. It's been so long since I've read a great, whiggish narrative of U.S. history that even if I wanted to, I'm not sure I could teach American history as such. And so I'm approaching my classes and my research as an archipelago, to borrow a term from Florike Egmond and Peter Mason.

And I suppose approaching history as archipelago--as a chain of distinct, heterogeneous islands created by similar disruptive and yet creative forces--makes sense to me because Idaho is but the latest island in my personal far-flung archipelago of the West--Long Beach, Grinnell, Davis, Iowa City, Boise. Because of my academic training, but also because I've lived the perambulatory academic life--I'm suspicious of unifying explanations. And maybe that's why this blog post has gone on for so long--there's nothing that makes it hang together except for my experience of the West, of that place Amy Clampitt described as 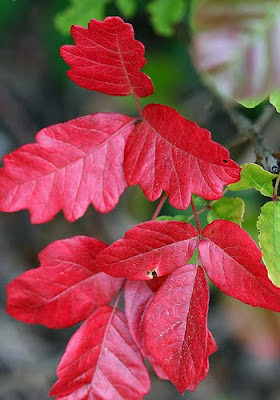 I don't know about Idaho's residents, but having grown up elsewhere in the Pacific Northwest I can say that we generally disliked Californians. I'd like to think that adults were smart enough to not assume such stereotypes (I was only a kid), but you may want to be prepared! Living in "fly-over country" now, the attitudes are somewhat the same. Having lived in Iowa should give you a little street cred, though :)

Idaho is beautiful. I hope you really enjoy it!

What a beautiful, intense, post. I love the interspersing of poetry, citations and photos.

I love it when you write about your attachment to places. I just finished a post about my attachment to where I went to college, which is something I've commented about in the past on your previous posts. You might enjoy reading it.

I grew up in Sacramento, and really enjoyed this post.

"...where oleander seems a reasonable tree."

Leslie, this is beautiful.

And I don't hear as much California bashing as I did a decade a go. Anyone who does? You wouldn't want to hang with them anyway.

Your reflections are really lovely. I agree with Lillian - your use of photos, poetry, and narrative are so creative. I would love to be a student in one of your classes!

Lovely post, Leslie. You capture the mix of saying goodbye to your lifelong home and looking ahead to the adventure of moving to a place that is the stuff of your studies but not yet of your life.

And what an adventure! I've been spending a bunch of time in the Victor/Driggs area this past year and have found Idaho fascinating, complex and beautiful. I know you will bring such gifts with your to the university and your students. I hope it brings you, Fang and Lucas joy!

Safe travels. I very much look forward to following the upcoming chapters!

What a wonderful bit of writing!

Boise is going to love you; it really will. And I think you're going to love the "Real West," where you can pretty much be whoever you want to be (if you try hard enough) and where eccentricities are what we love most about each other.

Leslie, lovely feeling, thinking, writing. I agree with Lilian about the photos which add such purity and power.