I was the fourth generation of my mother's family to grow up on the same block in suburban Long Beach--and by "suburban" I don't mean tract homes, but rather an aggregation of abodes that I see now actually make up quite a charming and impressive neighborhood built on a traditional grid in the 1920s. We lived only a few blocks from the ocean, but the city's beaches, while indeed long, were not particularly noteworthy because the city had decades before built a jetty to serve as a breakwater. This chased the surfers, including my grandfather, down to beaches in Orange County. The city allowed the construction of palm-studded oil islands within the breakwater, and the Los Angeles river flushed--an apt verb, I assure you--into the harbor, ensuring that the beach's water quality merited an "F" grade after every storm. 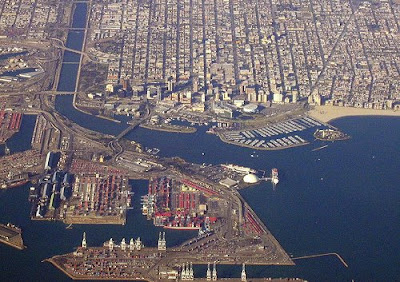 It was, in short, far from my ideal place in which to grow up. By the time I made it to high school--in a magnet program in the "inner city," at Snoop Dogg's alma mater--I was tired of the schools' big iron gates, the razor wire atop the fences, the way the school buildings, thanks to the Field Act, Proposition 13, rising crime, and many years of Republican gubernatorial "leadership" that starved the schools of funds, were from the outside virtually indistinguishable from prisons.

I've told this story before. But what I haven't said is this: Growing up, I loved anyplace but where I was. And so I launched myself across the country, to a land of rolling green hills and brick buildings and deciduous trees, only to find I didn't find small-town Virginia any more interesting or less dangerous than urban Southern California.

By the time I ended up in Iowa in 1994, in my third college in three semesters in as many states, my parents had issued me an ultimatum: Make it work or move back home. Through writing poetry, through learning the history of a place, on long walks and by paying attention to the details of the sharp border where Iowa suburbs met monocultured farmland, I learned to love a place that was not, honestly, an easy place to love. The college, yes--the town and the state, not so much. There was too much sky, for one thing. And an awful lot of corn, soy, and alfalfa. Or empty, frozen, stubbled fields.

When I moved to the Sacramento Valley, in 1997 and again in 2001--with another sojourn in Iowa in between--I had already learned the lessons in loving the land. I was enrolled in a creative writing program, and in the class were people who wrote beautifully and passionately about place, including one woman who found beauty in the heat and star thistles and the raspy calls of scrub jays. 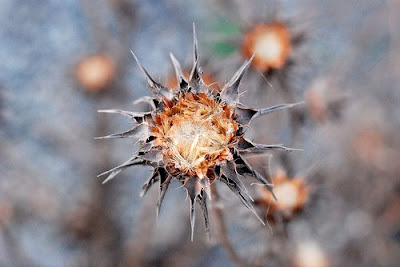 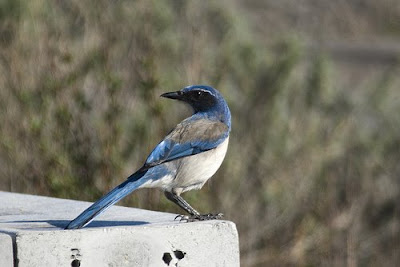 I learned, grudgingly, to tolerate the dust and heat, to find some charm in the lane of gnarled olive trees whose trunks shelter swarms of bees, the dust that coats everything, the odd grafting of English walnut onto black walnut trunks, the llamas and peacocks and zorses and camels that turned up on the patchwork of tiny ranches. 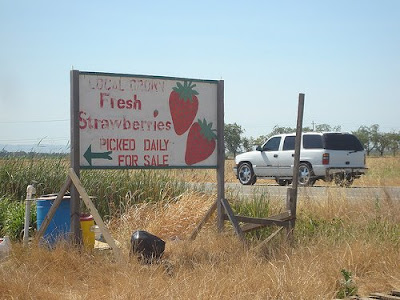 But I always thought I'd leave eventually. And I've been trying, desperately, to find a cooler, less dusty, more coastal--and yet more affordable--place to settle, but I keep getting pulled back into California, into this valley. I'm wondering if it's time to put down more than shallow roots here, to irrigate deeply, to learn to really love this place where I've now spent a decade, to accept it as home. The clock is ticking, as Lucas starts school within the next couple of years, and I don't want to move him around much after he begins to make friends.

I also have a good number of colleagues who I suspect will become lifelong friends if I let them--a rare thing, I think, in a town that is host to a second-tier university that many people see as being a place they pass through on the way to someplace more hospitable.

But oh, the rocky coast, the beaches, the coastal oaks, all the landscapes about which Robinson Jeffers wrote. . . Pelicans, seagulls, sandpipers, otters, sea lions, tidepools, sea hares, starfish! How much I want to inhale the briny breezes.

It's hard to always long for grass that is literally greener, but to find myself in this dry, brittle place that is, surprisingly, so very fertile in so many other ways. I have decisions to make, and soon. I want to settle without being settled.

What about you? Have you found your place? How did you recognize it as such?

Labels: In touch with my inner hippie, What passes for science around here, Why yes I did major in English

What's sad is where you are would feel totally at home to me. Where I am? Sometimes, sometimes not so much...

And I think maybe your second tier school was the first place I was really happy at a school (if it's where I think it is).

And I have come to love scrub jays. And magpies, too. Magpies especially.

Too much sky in Iowa!! The sky was and is the best part. Particularly in the spring and autumn when there wasn't any summer haze.

The scrub jays are beautiful, the star thistle hurts when it lodges itself in the bottom of your foot, but then one day I may learn to wear shoes. I have found the Nevada is my home, my heart sings to see the state of Nevada sign, and I love it here, even if the weather is hot at times and the people are crazy. I've been here 12 years and the two times I have attempted leaving I have wanted to return "home". I'm even considering home ownership, having taken the plunge for the first time in my adult life to plant flowers and even a tree. Put your roots down, if you are happy there, allow your friends to be life long, it feels so very good to find that you have your place in the world.

I have found my place and my roots are sinking in deeper with each year that passes. I love San Diego for the beaches, the weather, the not-quite-as-crowded-as-Orange-County feeling, and the "bedroom community" that I live in. I've learned to appreciate the six weeks of green that we have in our regional park before things go back to their "golden" yellow. More importantly though, and my mother-in-law (who lives in the desert-yuck!) would say the same, is the community that makes this "my place." There are people here that it would cause great pain to leave if we moved somewhere else. We've been through "those times" in life together. I can cry in front of them. They are rejoicing with us as we become parents. As with other close friends (like you!) we'd adjust and find a new community if we moved, but there would not be so many of the shared experiences we have with these friends. We have missionary friends. One sister has learned to put down deep roots very quickly and, though it's painful each time she moves, she has had deeper and richer experiences than the other sister who puts down only shallow roots because she knows that in five years she will most likely move again. (Stream of consciousness thinking here...)

It's funny how sometimes you try to leave a place but get drawn back. I grew up in a suburb near Big City but was thrilled to leave for college and I don't intend to live there (or a place like that) again.

I became extremely attached to the physical place of my Small Friendly College. I cried so hard when we left a few weeks after graduation. After four years, it was more home than anywhere else.

I moved around for a few years, spent a couple working at a field station where I once again got pretty attached to the place. I cried again when we left, though not as hard.

In search of a new adventure in place, I applied to graduate schools all over the country. In the end, I was only accepted to University of Big City. I really hadn't planned on going back. It's different than growing up in the suburbs because I live in the city now, but I'm back with many of my high school friends and that social network. My husband and I have been able to tap into those roots and make a home, but we're not planning to stay here forever.

I'd love to end up near my husband's family, or perhaps back at Small Friendly College which is actually near where my parents live now. But, I'm only two years into Ph.D. so those decisions are a ways away. We'll see.

(Also, I can't remember if I've commented before but I like reading your blog.)

Rush wrote a song called "Finding My Way." You would only need to tweak this post title a little to make it work...

Wherever I am: there I plant a garden; there I place my books. A garden and books, and meaningful work. Those for me make a home. The outside world is simply a place to pass through, or at best to sustain those three.

First time commenter: I grew up in the Bay Area, with lots of camping excursions in other parts of the state. I've now lived in the east or midwest for 23 years. I have struggled to grow roots where I am, but every time I go back to CA, to any part of it, homesickness overwhelms me. It is my true place. But 25 years ago I longed to leave, and I thought that books and the life of the mind were all I needed. I had no idea how much place mattered. And it is place, not so much people. It is some solace to speak of it, and I thank you for the photographs.