I think it's telling that, upon hearing I'm moving to Idaho and setting off on the tenure track, a junior professor in the writing program here handed me a miniature version of one of these: 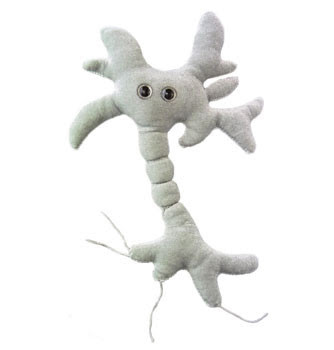 "Now you'll always be sure to have at least one brain cell," she explained cheerfully but also a bit too seriously.

I've been clutching onto that last brain cell for the last couple weeks, rubbing it like a talisman.

We have five full days until the movers arrive. The house feels mostly packed, but it isn't--we're down to the stuff we use everyday and the awkward stuff, like lamps and the mixer, that's so hard to box up.

The boy's excitement is reaching fever pitch. He's demanded that we pack up all his toys and has contented himself with playing with the tons of shredded documents I've been using as packing material. We've given up trying to get him to understand that his friends aren't coming with him to "the faraway home," as he seems to think that his friends will move with us and be able to drop in at any time. It's kind of heartbreaking to watch him playing with a couple of his little best friends for what may be the last time, as the past year he's become very social thanks largely to them.

Fang, too, is having a hard time taking leave of The Last Boy Scout, his best friend here. As I type this, they're both sitting on our shredded couch, playing their electric guitars at a volume that is a bit too respectable, even for the suburbs. TLBS is a local celebrity because he's the drummer for a band popular in the region, so Fang is especially touched that TLBS would come over to the house to jam with Fang, who is still learning to play the guitar. I've got two guys over 6 feet tall giggling a lot as they try to teach each other different licks, and I'm really enjoying the show.

Lucas is stuck with us for a month, as his preschool's academic year doesn't start until mid-August. I figure he'll find ways to amuse himself, but it's going to make it hard for me to finish planning my courses with him asking me to play hide and seek or Play-Doh or take him to the pool.

I'm veering between nostalgia for this place where I've spent a decade—where Lucas was born, where I've made some terrific friends, where we watched a beloved dog grow old and pass into oblivion, where we've lived a thousand little moments that suddenly I feel I must grab at, selfishly filling my arms, and my heart, with them—and a hard-nosed push to finish up my work at the teaching center, pack up everything at home, and arrange for the countless details (utilities off, utilities on, new insurance of various kinds, landlords to pacify, movers to schedule, junk haulers to engage, house cleaners and carpet cleaners and and and) that accompany such a big move.

My dad arrives in a week to help me drive one of our cars up to Idaho—I'm a cruddy long-distance driver unless I have another adult to talk to, and Fang will be driving our other car—and to help us settle into our new place in Boise. My dad has always been a calming influence on me, so I'm looking forward to seeing him.

I'm waking up several times every night thinking of something that needs to get done. This morning, for example, I was up at 2 a.m. changing our address with the postal service, and berating myself for not yet having a carpet cleaner lined up. Stieg Larsson's trilogy is keeping me company in the middle of the night; there's nothing like a Swedish thriller about the underage sex trade to distract me from my midnight panic attacks.

I thought about moving earlier today and cringed. I hope the next five days go as smoothly as possible and that you find some rest during this time.

Safe travels, Leslie. You'll be there before you know it!

Your basically my hero right now. I'm discovering that as I grow older that the idea of moving -- anywhere, for any reason -- seems increasingly impossible. That's probably not a great perspective. It's easy to feel trapped when you think the idea of leaving where you are is impossible.

So, watching your adventure unfold has been an awesome reminder for me that the only stopping us is really ourselves.

The move will be stressful and feel long, but, sooner than you imagine, it will be over. And then you really will be embarking on a new adventure, and, I'm quite sure, your whole family's lives will be richer for it.

oh, and I am now the person in your comments who doesn't know the difference between "your" and "you're."

I can't wait to check the comments for the fabulous last post (about history), but I'll comment on this one too (which reminds me I have to check whether Fang's written anything lately).

I totally know what you're going through (minus the movers, the dog, and plus one more boy and more years in the boys' lives). It is truly tough and I'm sure it's WAY tougher because you've been there for 10 years. We'd been at our last house for 3 years and 6 years in the Philly area. But then, again, we're expatriates, so we're using to feeling out of place and temporarily somewhere.

I hope everything goes well and that you're left with more than only one brain cell!

Good luck on the move...having moved 1/2 cross country 5 yrs ago, i so remember the... "where we've lived a thousand little moments that suddenly I feel I must grab at, selfishly filling my arms, and my heart, with them."

what a **beautiful** way to describe the nostalgia of saying good-bye! =)

Neurons are awesome and MIT is currently mapping the human variety. I think brain upgrades are around the corner.