Very Personal Ad: The Next Dog 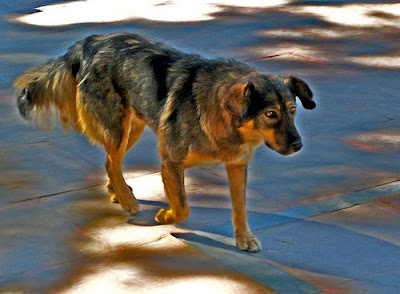 If you have been following Fang's and my posts about returning our dog of almost two years to the SPCA, you can imagine that Fang and I are pretty damn torn up right now.

We both miss Obi terribly, as we did love the dog; as Fang says, Obi is 7/8 a good dog. It's the 1/8 we couldn't abide. Intellectually, we know we made the right decision, as we couldn't keep a dog with a bite history in the house with our four-year-old. And Obi will benefit from being in a situation with someone who has experience dealing with troubled dogs. But emotionally, well, let's just say we've cried a river, separately and together.

I explained to Fang that I'm having an especially hard time with losing Obi not only because I feel we failed him in some fundamental way, but also because my grief clock for dogs is set at 10- to 15-year intervals. And Woody left us less than two years ago. To lose two dogs in less than two years is more than I can bear right now, when so much else in my life is in flux.

That said, Fang and I are dog people. We've both always had dogs around, from the time we were born--though I took a hiatus during college and early grad school, I was always thrilled to return home to my parents' dog. Until Obi, we had both had nothing but good experiences with raising and caring for dogs.

Between the time we decided to return Obi to the SPCA and the day Fang actually signed the frightened dog over to the volunteers there, I asked Fang to be open to the idea of us getting another dog before we move to Boise during the summer. I said I would be more open to letting Obi go if we were open to having another rescue dog come into our lives. I feel we have built up some karma that we need to work off by making a lifelong commitment to another dog as soon as possible.

Fang was hesitant. But yesterday he admitted that he's having a hard time living with the latest dog-shaped hole shadowing us around the house.

We're not rushing out to get another dog. We're still grieving. But we're open to the possibility of another rescue dog.

That said, we realized we went about adopting Obi in just the wrong way. Adopting a dog when you have a small child is entirely different from adopting a dog if your kids are older or if you're living alone or as a couple. We fell in love with Obi's sweetness and cuteness and then focused on persuading the SPCA folks that we would be a terrific home for the dog. And we totally thought we would be great doggy parents to him--we answered everything truthfully on the application.

Undoubtedly many of you are saying duuuuuuhhhhhhh. 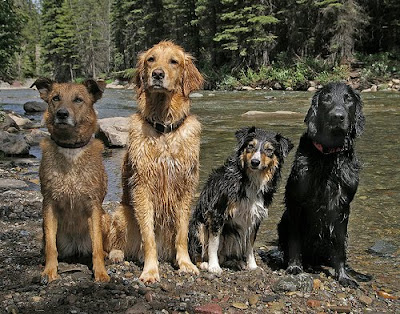 Havi Brooks has a ritual of posting "very personal ads" (VPAs) as a way of letting the universe know she's open to good things happening--and helping herself think through how the things she wants might come to pass. She explains it like this:

...it’s time to make a regular practice of trying to feel okay asking for stuff.

Even when the asking thing feels weird and conflicted.

To get everything clear in my mind about our next dog--to be sure we aren't making the same kind of mistakes that hurt us and a sensitive animal--I'm writing my own VPA here.

Here’s what I want:

A medium-large, friendly dog without a bite history. I'm open to many breeds, but because we plan to rent in Boise and because many rental companies and landlords are biased against certain breeds, we can't at this time take in any dog that looks as if it's of pit bull, Rottweiler, Chow Chow, or Shar Pei stock, nor a purebred German Shepherd (though I love me some German Shepherd). I know these aren't necessarily the most violent or bite-prone breeds of dog, but I do know they show up regularly on lists of banned pets in rentals.

My ideal dog--while I'm asking--would inhabit an intersection among Labrador Retriever, German Shepherd, Australian Shepherd, Border Collie, Golden Retriever, Standard Poodle, and maybe even Gordon Setter. These are crazy active and in some cases crazy smart dogs, but that's what we wanted in Obi--and what we got, except with a predisposition to bite, gained, we're guessing, from some incident(s) in his life in the year before we adopted him.

Because we went through the geriatric dog business relatively recently, we're looking for a younger dog. Fang would like a very young puppy so that we can be sure it hasn't been environmentally programmed in some unpleasant way, while I'm more open to juvenile and young adult dogs.

I want a dog who will grow up with Lucas. Fang wants a dog with whom he can go gray. I want a companion for long walks and--gasp!--maybe even jogging.

Ways this could work:

Someone in the Sacramento region or Bay Area or, heck, even central or Southern California could read this post and contact me (trillwing -at- gmail -dot- com or @lesliemb on Twitter) about a dog they suspect would be good match for us.

To provide the next dog with the best possible care. Top-quality food (as we did with Woody and Obi). An excellent holistic vet, here and in Boise. A terrific kid to play with. Long walks, sometimes in open fields. Socialization with other dogs at local dog parks. Lots of toys, even if he or she is prone to tearing them apart. Training that focuses on reward instead of punishment. A bag of treats always on top of the fridge or in my pocket. 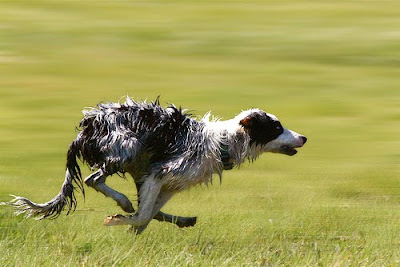 Sweet doggie, wherever you are, we'll be ready when you are.

That hole is a painful one. What about waiting until you move to Boise? The chaos of packing and travel and ANOTHER new home could be hard on your new best friend.

I was thinking the same thing Stacey was. It will be a lot easier for you to move and find hotels w/o an animal than with, I'd think.

Of course, loving our animals isn't always about doing what's easy, as you well know. When the right doggie comes around, you'll know, wherever you are.

I am hopeful that the right dog will come into your life when it is time. There are so many fantastic dogs out there that need homes.