The accident on Friday did not cause as much harm as I had imagined and it appears Lucas has already healed--I thought I saw a bruise forming but it never fully materialized. I'm still pissed at myself for letting it happen, but thrilled that he recovered so quickly.

Here are the latest photos of the forgiving, bruise-free boy: 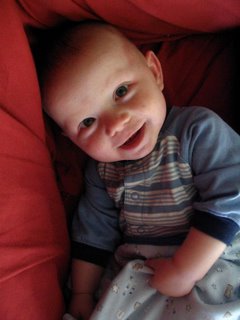 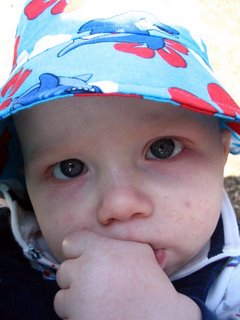 As you can see, he's given up pacifiers in favor of his left thumb.

Hooray! Lucas is so very precious.